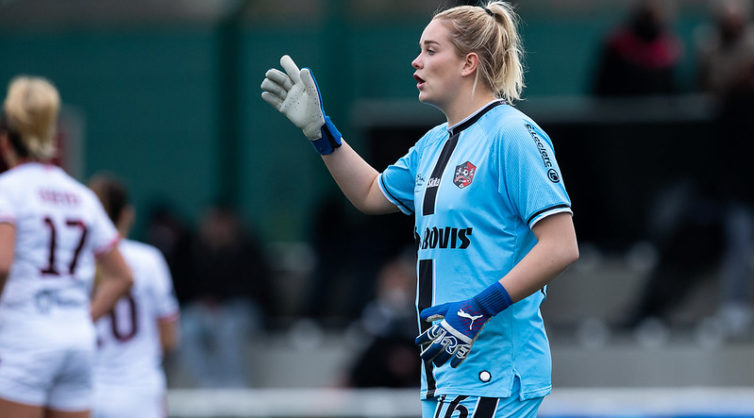 Fleury left for the D1 Arkema’s Christmas break in a perfect fashion. With a 1–0 home victory against the bottom team Issy FF. It didn’t come easy though. Fleury had much of the ball possession and 17 shots on goal while Katriina faced only four attempts on her goal, but it took 71 minutes until Nikola Karczewska scored the winner for Fleury.

”We all had a pretty good feeling before the game that we would take the necessary three points from our last game before the break. We played quite well, although it was hard to get a goal. But we got better as the game went on”, Katriina said after the game.

”We were aware that it might end up being a difficult game, as they defend deep and are not necessarily that keen on going forward. It was exactly like that. Then we finally got the goal. I didn’t have a lot to do on my half of the pitch, but every situation I had to deal with, I handled well.”

With Paris FC losing at home against Lyon, Fleury are well positioned in the race for the third spot in the league. Only one point behind. The second half of the season will kick off after the Christmas break, on 15th January.

”We were all so happy after the game having grabbed the three points and having got closer to the third place. Now it’s the Christmas break and a good time for recovery. We’re all looking forward to the next game after the break. They’re all important now in order to get enough points for the third spot. It’s gonna be a lot of hard work and we’ll try to win all of those games.”