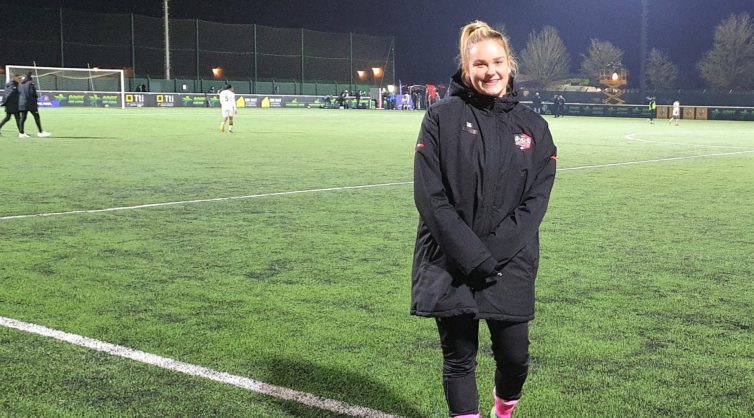 “These are of course big games for us. Both games decide a lot”, Katriina Talaslahti says.

First up, on Saturday (5th March) is a Coupe de France tie between the two teams. Having beaten OGC Nice and Strasbourg in the previous rounds, Fleury have a chance to progress to the semi-final stage of the cup by beating Paris FC.

“To get past this round in the Coupe de France would surely be the highest this club has ever been in the cup. That would be cool to achieve.”

After that there is a crucial league fixture next Friday (11th March). Paris FC currently hold the third and the final Champions League place and with Fleury now six points behind, Fleury need to beat their main rival to keep their Champions League dreams alive.

“As our goal is to finish third in the league, we have to win these games. We’re happy to play these kinds of important games. We all realize how much is at stake”, Katriina says.

“We’ve tried to prepare for them as well as possible and get back to the rhythm after the 4-0 defeat against PSG. The week in training has been good and everybody is ready for the game on Saturday.”

Not only are Paris FC now Fleury’s biggest rivals in the league and in the cup, there is a geographical closeness too. While the metropolitan area of Paris is huge, the distance between Fleury’s and Paris FC’s stadiums is less than ten minutes by car.

“Yeah, they are our number one “enemy”. Of the local rivals they are the closest and the best. In that sense it’s a derby and these are the most important games for us.”