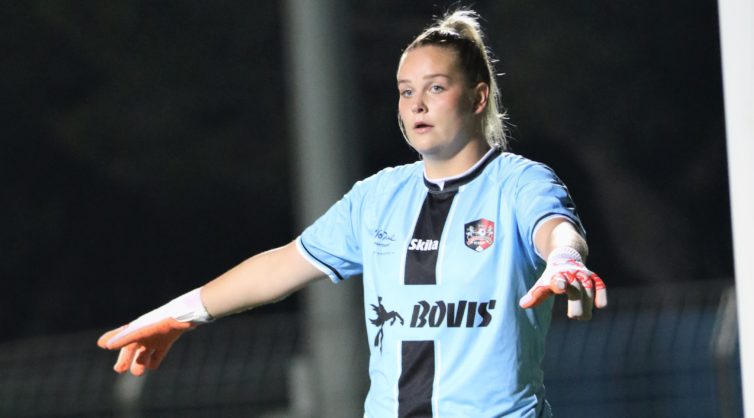 The Coupe de France’s best of 16 round draw sent Fleury 91 to a trip to the French Riviera to play against second league team OGC Nice.

“It was very warm on Sunday, something like 17 degrees and the sun was shining. That was cool, as you don’t get much sunshine in Paris now. It was nice to go somewhere, where everything is green, there are palm trees and it’s by the sea. We did a lot of walks, as it’s so different to Paris”, Katriina said.

Fleury paved their way into the next round of the French Cup with a 3-0 win. Imane Chebel scored the first goal on the 28th minute, with Rosemonde Kouassi and Ewelina Kamczyk hitting the target in the second half.

“It was nice to play again after the Christmas break. We were all a bit nervous about how we were going to play after Christmas, but it went really well. We played well and got a goal early on. Then we found it difficult to get another one but scored two more towards the end. I didn’t have to make any saves myself. Nothing else apart from playing with my feet.”

Fleury will return to league action on Saturday 15th January in an away game against sixth place Stade de Reims.