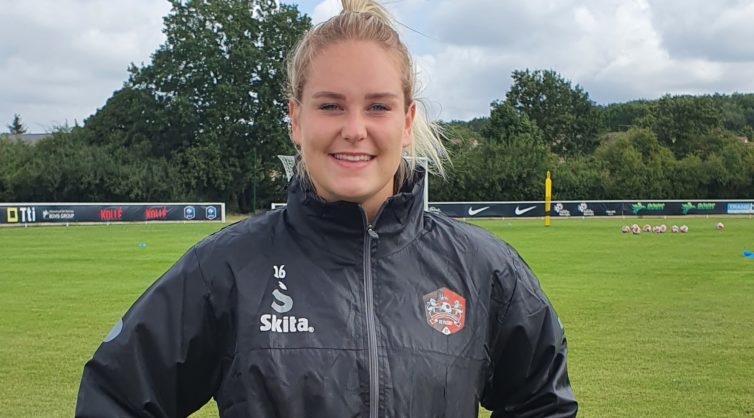 “It’s a big thing for us! When we got to the dressing room after the match our club president and our coach told us that we created history for the whole club by getting this far in the cup”, Katriina Talaslahti says.

Paris FC had opened the scoring after 20 minutes, but Fleury levelled the score on the 57th minute through Ewelina Kamczyk.

“The first half was difficult for us. We were really passive and didn’t play the way we normally play, but in the second half we were a lot better, and more confident and dangeours, which brought us the goal. They had good chances too, but fortunately I managed to stop everything.”

“We were all happy and we were so tired, as it was a high-tempo match. I’m so pleased that we eventually won, because we played so well in the second half and kind of deserved the victory. This definitely brought us extramotivation for the next match when we’ll meet Paris FC in the league.”

The semi-final draw of Coupe de France was made on Monday. And Fleury will meet… PSG.

“That was a bit of a bad luck – on the other side it’s always good to play against good team. In the draw there were two teams from the second league (FF Yzeyre Allier Auvergne and FC Nantes) and two teams from the first league, us and PSG, and of course we got PSG!”, Katriina says.

“The next weeks will be interesting for us. This Friday we’ll meet Paris FC, then Bordeaux, PSG in the cup, Soyaux away and then Lyon at home. Tough games and I will surely need to do a lot in goal. But with the way we’ve played, I believe we have a good chance to win games too.”